Political party of the game eRepublik

Right, lets start with the obvious,
Weapons, play a huge part in our military power, and sinse it is something as a government we have possible control over, we need to get a set policy on this, so we need to decide what to do about:
-Iron, the prices of it, taxes, import issues possibly,
-the weapon itself - private or government owned?

we need weapons as cheaply as possible, even for those not in the army. do you think that if we had more state owned gun companies, this could lower the price?
or how about important the iron, or reducing the income tax on it? cheap iron = cheap weapons

as for the weapon itself, its obviously not going to be as cheap as gifts, as they take more effort to make, but what can we do to reduce the average cost? 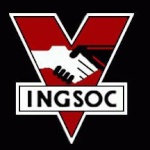 we had proposed lowering the import tax on guns to make them more avalible
I think you made good points, but the state companies should be gift and food. Im not sure if we could afford gun companies as well and still implemen our other polices

I think we should put that idea onto the backburner,


First weneed to work out how we are going to fund our projects, we don't want to unnecessarily have to pay for another state company.

The only solution would be to make it self-funding